Sofumar cave is one of the largest underground caverns in Africa. It is located around Dawe Qachan district in the proximity of Bale mountains. This marvelous realm is made from walls and columns of basalt and lime stone. The architect of this place being the Web river, it has created a masterpiece of intricately constructed 20 meters long pillars, flying buttresses and thoroughly put arch, all while passing through the cave. It is also the longest cave found in Ethiopia measuring approximately 15.1 kilometers.

The entrance to Sofumar was first believed to be shown to Sufist Sheikh Safiy Ullah Umar by Allah in the 12th, Sofumar, the abbreviation of their name was then used to name the cave, where they stayed in it and worshiped Allah while teaching Islam for their followers centuries ago.  It has been predated that this cave was the foundation for the arrival of Islam in Bale. 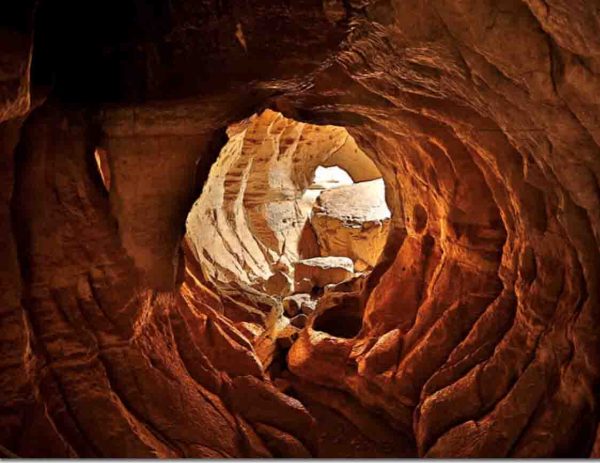 This venerated monument has multiple entrances, at the rear has patches of sunlight glimmering the river flowing underneath while showing off the astounding structural interior designs of the cave and listening to the bewitching noise of the river tends to give a peaceful set of mind. It is said that fishes and bats are the residents in this natural habitat of lime stone cave while crocodiles also existed but somehow shunt.

On this remarkable site, three times a year the local and tourist Islamic community gather for prayer of world peace and be thankful for all the blessings they have encountered in their life time by giving different types of gifts. The country side of this destination also includes different wild live like snakes, giant tortoises, lizards and more thank fifty types of bird species.