The History of the African Capital – Addis Ababa

The world’s third highest capital, the center of the African Union dubbed “The Capital of Africa”; Addis Ababa boasts an enormous prestige in the continental and global stage alike. Ethiopia’s almost 200 years old capital was established sometime around 1889 by Ethiopia’s famed emperor Menilik II, the legendary victor of colonialism, while he was still a provincial monarch. 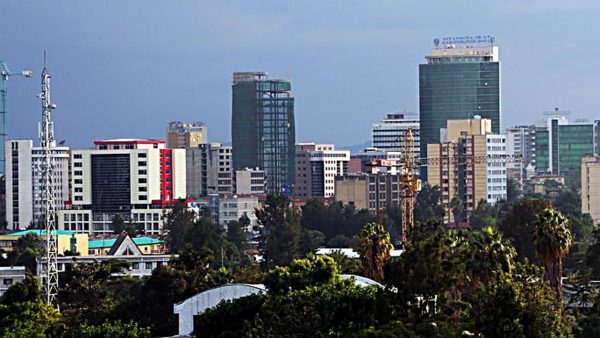 The Entoto Hills above Addis Ababa have regularly played an important role in the politics of imperial Ethiopia. An unconfirmed legend states that the heir to the Axumite throne fled there towards the end of the 1st millennium AD to escape the wrath of Queen Gudit, while the presence of the disused rock-hewn church of Washa Mikael on the southern slopes of Entoto indicates strong medieval links with the Zagwe capital of Lalibela.

Entoto is also one of a handful of sites put forward as a possible location for a medieval imperial capital known as Barara. This fortified city is depicted standing between Mounts Zikwala and Menegasha on a map drawn by the Italian cartographer Fra Mauro in around 1450, and it was razed and plundered by Ahmed Gragn while the imperial army was trapped on the south side of the Awash River in 1529, an event witnessed – and documented two years later – by the Yemeni writer Arab-Faqih.

The suggestion that Barara was located on the Entoto Hills is supported by the very recent rediscovery of a large medieval town located between rock-hewn Washa Mikael and the more modern church of Entoto Maryam, founded in the late 19th century by Emperor Menelik II. Dubbed the Pentagon, the 30ha site incorporates a castle with 12 towers, along with 520m of stone walls measuring up to 5m high, and will hopefully open to the public in a few years once excavation is complete.

Addis Ababa itself is a relatively modern city, founded by King Sahle Maryam of Shewa in the decade prior to prior his coronation as Emperor Menelik II of Ethiopia in 1889. The expansion of Addis Ababa to become one the largest and most important cities in Africa was largely orchestrated by Haile Selassie, who – first as regent to Empress Zewditu, then as Emperor – lived in a palace peripheral to the city centre from 1916 until 1972, interrupted only by the Italian occupation. Factors in the early 20th-century development of Addis Ababa included the arrival of the Djibouti railway in 1917, a contemporaneous influx of Armenian and French traders, who played an important role in the export trade, as well as the introduction of the freehold system that made it the only place in Ethiopia where land ownership was regulated.

By 1918, the population of Addis Ababa stood at around 100,000, a figure that decreased drastically during the rainy season, when many peasants evacuated the chilly highland city in favour of family farms in the countryside. The ceremonious coronation of Haile Selassie in 1930 signalled a drive for modernisation that included the creation of several new ministries, and the building of several schools, hospitals and roads. It was over this period, and during the Italian occupation of 1935–41, that the present-day city centre and Arada (the Piazza area) took their modern shape. The Italians were also responsible for the relocation of the main market from Arada (on the site of what is now De Gaulle Square) to the Merkato region 2km to its southwest.

Addis Ababa experienced unprecedented expansion between 1945 and 1974. One of the main factors driving the city’s boom was its ever increasing symbolic importance among anti-colonial independence movements that dominated the theme of the continent’s geopolitical scene in the 1960s.

In 1958, Addis Ababa became the base for the UN Economic Commission for Africa (UNECA), and five years later it was chosen as the headquarters of the newly formed Organisation of African Unity (OAU). The late 1960s and early 1970s saw Addis Ababa, like so many other world cities, experience a wave of social renewal and liberalisation, one epitomised both by the cosmopolitan funk-influenced live music scene that sprang up in the city, and by the growing trend among young intellectuals to question the legitimacy of the outmoded imperial regime.

Things came to a head in 1974 when Emperor Haile Selassie was deposed by the Derg. Instead of experiencing a new dawn under the Derg, however, Addis Ababa stagnated in both economic and social terms, thanks to the new regime’s disastrous socialist policies along with a night-time curfew that endured for a full 16 years. The stagnant years of the Derg regime ended in 1991, when the EPRDF captured the city.

In the federal reshuffle of 1995, Addis Ababa was accorded the status of self-governing city, and was also made temporary capital of Oromia Region, a role it surrendered to Adama in 2000 but regained in 2005 following protests that the shift deemphasised its central location within Oromia. Divided into 10 administrative sub-cities in 2000, post-millennial Addis Ababa has emerged as a cosmopolitan, forward-looking city whose rapid growth has been pivotal to Ethiopia’s performance as Africa’s most consistently growing economy during the first decade of the 21st century.

The city’s population has also mushroomed, from around one million in 1974, the year when Emperor Haile Selassie was deposed, to around four million today. It remains the headquarters of UNECA, while its status as headquarters of the African Union, whose new office complex, inaugurated in 2012, has been the city’s tallest building at 99.9m until very recently, accords Addis Ababa a Brussels-like role as ipso facto capital of Africa. 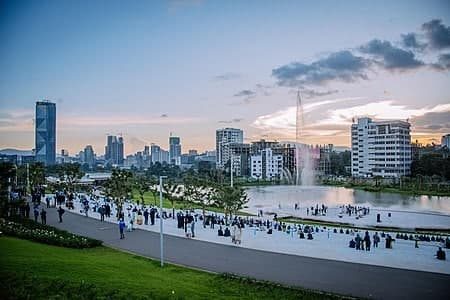 After the political turmoil that shook the country 5 years ago, the city’s dramatic growth, like every other city’s, had slowed down, but recently after PM Abiy came into power the city has seen yet another U-turn, from a declining city to an extremely active and busy one where working full day wasn’t good enough and people had to work at night as well.

Besides the city’s economic activities, there have also been brilliant attempts to catalyze the city’s vibrant tourism industry by the construction of world class parks and tourist destinations under the umbrella of the PM’s Sheger River-Side Project. Hence, the coming decades are expected to see Addis sprawl into a vibrant world class city, should the temporary misfortunes that are troubling the country be halted.