If you ever got the chance to come to Ethiopia. I highly recommend you to visit and amazing place named Arba Minch (forty springs). Arba Minch is a city in a separate woreda in southern Ethiopia. It is located in the Gamo Gofa some of the Southern, Nations, Nationalities and people’s region which is about 500kilometers from the capital Addition Ababa. The city is found at an elevator of 1285 meters above sea level. Arba Minch has two lakes namely Abaya and Chamo moreover it has around 40 springs and Nechisar National Park with its famous crocodile market. 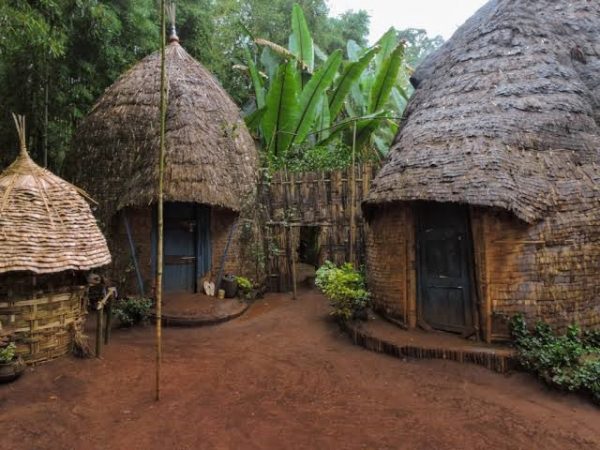 The Dorze village is found in the cold and misty mountainous part of Arba Minch which is an epic environment to look on. The people’s in the village are known for wearing traditional clothes which are made up of cotton. They are also famous for their extra ordinary vehicles huts built from local bamboo. Their houses are stable, weather resistant and mobile which makes them suitable for their environment.

Two of the largest rift valley lakes Lake Chamo and Lake Abaya are found in the city of Arba Minch city. Lake Chamo is about 317 square kilometers. While visiting lake Chamo on a boat ride you will come across plenty of large hippo’s, enormous population of crocodiles and lizards, monkeys running here and their and also all sorts of birds which are a beauty for the environment. Lake Abaya which is divided by the bridge called “Bridge of God “from lake Chamo is Ethiopia’s second largest lake. The lake is 60 kilometers long and 20 meters wide, with 1162 square kilometers. There are number of islands in the lake, the largest being Arturo. The red color of the lake is due to high load of sediments. In 1896 Lake Abaya was renamed “Lake Margareta” after the Queen Margherita of Savoy, wife of king Humbret I of Italy by the Italian explorer Vittorio Bottego who first explored the region. The lake has variety of fish species and also a bit aggressive crocodiles towards people and animals. 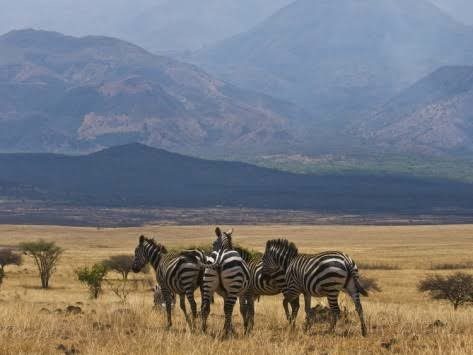 Nechsar National Park is also another tours it attraction in Arba Minch. The 514 square kilometer park includes the “Bridge of God “which I found between Lake Abaya and Lake Chamo and the Nechsar plains east of the lakes. The name Nechsar means white grass. The mountains landscape, the lakes, the grass plains and wild life have given the place A spectacular view. The park includes zebras, Gnant’s gazelle, dik-dik, and also the endangered endemic animal for Ethiopia known as Swayne’s hartebeest. IN addition, it has a large population of black-backed jacks, bush pig, velvet monkeys, bush buck and Anubis baboon. There are also feeling lions in a protected area Pelicans, flamingos, king fishers, storks and African fish eagles are some of the bird populations found in Nechsar National park.

The Southern part of Ethiopia contains inviting sites. One of this is the Omo valley. As I mentioned above it is located in the south western Ethiopia that extend over an area of 165 kilometers. It is a home for number of tribal communities, it is not a ljr there is about 88 cultural communities in the Omo valley. The combination of these tribes with different livelihoods agriculture, cattle herding and also pastoralism. Their way of styling varies from most of the parts in Ethiopia; Body paints, Mud mixed with butter on their hair and dress up their head using aluminum chiefly the men. Their hospitality truly describes the way of being human specially being an Ethiopian. There show their dances and gives shelter for any guests that come around there. The unforgettable point is that Omo valley is the home of human being and has its own points on the study of human evolution, fossils were discovered in the omo valley like the jaw bone of Australopithecus man, 2.5 million years old and Homo Gracils. It was registered under the protection of UNESCO in 1980. While visiting the Omo valley take care of the custom of the community because they might become angry and create damage. I highly recommend you to visit Arba Mich which is a very eye taking environmental for you to see.